← A well for February- St Blaise’s Well, Bromley Kent
The Trent Aegir: a sacred river and its god? →

An Edinburgh fieldtrip: some holy and healing wells around the city

Holyrood Park has a number of notable sites.  St Margaret’s Well is a strange and possibly unique hybrid. The spring itself is a holy well, called The Well of the Holy Rood or St. David’s Well and dates from 1198, the well head was but the well house was re-erected from St Margaret’s Well at Restalrig. This was when this site became derelict once land nearby was to be built over by the North British Railway depot. This resulted in the Society of Antiquaries of Scotland removing the structure brick by brick and resurrecting it over the Holy rood site.

The spring itself of course is the reason why the park is called Holy rood, for legend has it that King David after mass decided to go hunting in the area and was thrown from his horse by a giant stag which was then carried the king, him holding for dear life onto a cross between its antlers until it stopped at the spring. In thanks for his deliverance he built the Abbey of Holy Rood there.

The well house is a delightful structure, Gothic in nature and dating from the fifteenth century with an internal width of sixth feet and around five feet in height with a central pier with a carved hear which is provided with a spout through which the water flows. 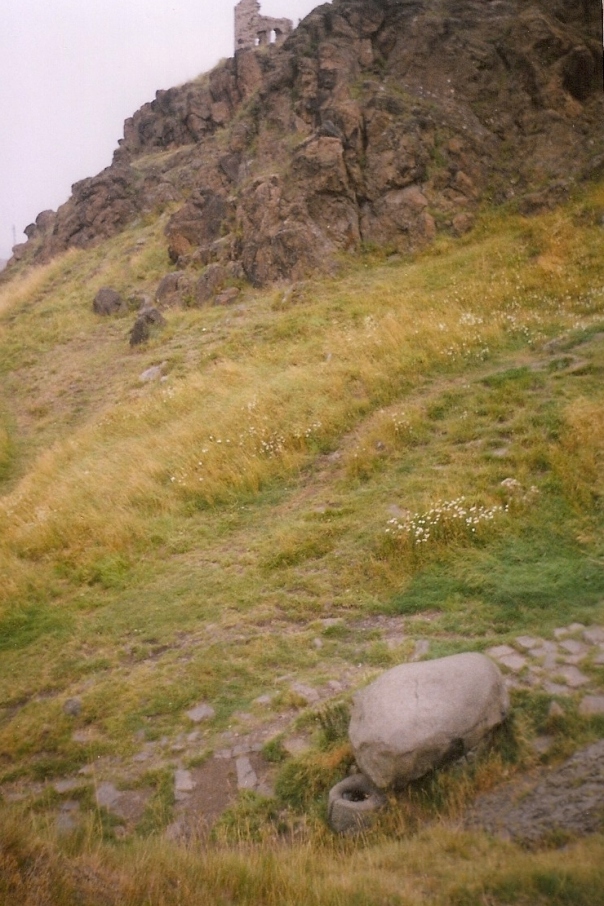 There is something delightfully mysterious about St Anthony’s Well. Despite being traipsed across by hundreds of people on a daily basis, this spring is still difficult to find, the very essence of being pixyled. It can only really be seen from the ruins of chapel said to be a hermitage for it arises beneath a large boulder and fills a small trough. I cannot find any information about its origin but it is said that on May morning ‘youths and maidens after wash their faces in the dew on Arthur’s seat nearby come down and drink from the well.’ However every time I’ve seen it is has been dry. 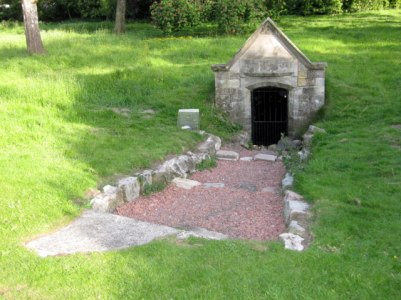 In Liberton, perhaps in the most incongruous of situations, a Toby Carvery, but at least it is now easy to find and get to. This is the Balm Well or St. Katherine’s Well, a delightful  little pitched roofed well house, which once had small pinnacles on its structure but these had gone when I visited and looks a little forlorn. However, this recent bit of neglect is nothing compared to what happened in the 17th century when Roundheads filled it with stones and defaced it. The present structure dates from 1563, but the site has been a place of pilgrimage for centuries by the Scottish kings, until James VI built this well house. Its waters are said to have arise from Queen Margaret dropping some oil accidently which she had obtained from Mount Carmel or Sinai and the spring arose. The waters thought to good for rheumatism is still oily, its origins thought to have derived from coal strata. 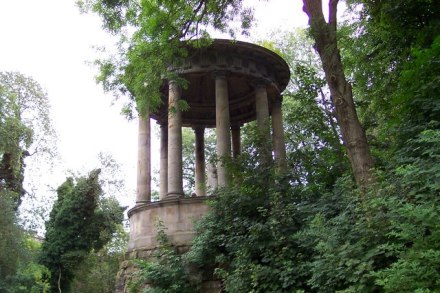 The final spring, is in the Dean village part of the city beside the Water of Leith, being the imposing St. Bernard’s Well, a temple like building with a statue of Hygeia and a pump room. Although it is said to be named after the Abbot of Clairvaux who is said to have drunk here preaching the Second crusade. However, this may be a back derived story as it was latterly discovered in 1760 and in 1789, Lord Gardenstone erected this structure over it and it became a popular spa.

← A well for February- St Blaise’s Well, Bromley Kent
The Trent Aegir: a sacred river and its god? →