Ancient and holy wells of Oxford part one

Oxford’s ancient and holy wells are well-recorded, Charles Hope in his 1893 Legendary Lore of Holy Wells dedicates a considerable amount of space to the subject. However by his time many of these wells had already vanished. Hope (1893) records:.

“Ulward’s Well called soe from John Ulward who held lands there of Dionisia Burewald, which she gave to Godstow.”

It has vanished, so too has:

“ARISTOTLE’S Well is not far from Elmer’s (and Wolward’s) Well in the north suburbs, neare or in the fields of Walnercote or Ulgars–or Algar’s Cote. It was anciently (as by some now) called Brumman’s Well, together with that at Walton, because Brumman le Rich or de Walton lived and owned lands about the said wells, most, if not all, of which he gave by the favour of Robert D’oilly, his lord and master, who came into England with the Conqueror, to St. George’s College in the Castell at his first foundation, A.D. 1074.”

He continues that in the Anthony Wood’s 1661 Survey of the Antiquities of the City of Oxford:

“After his time, if not, be likely, before, it was christened by the name of Aristotle’s Well, because that it was then–as now ’tis–frequented in the summer season by our Peripateticks.”

“In the present summer (1888) it was built over by the garden wall of a house erected on the south of the road leading to the canal bridge,”

And so it apparently remains. A lane remembers the well but there is no trace of its fabric 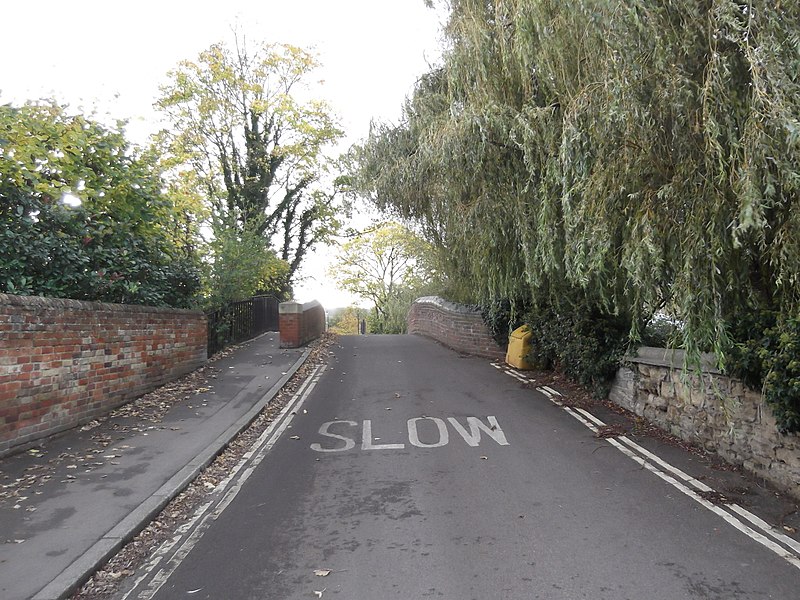 Aristotle was not the only philosopher remembered in a well in Oxford. Stoke or more Plato’s Well

“The reason why it was soe called was from a well situated therby called Stoke well, being the same which is to this day apparent to the beholders under the wall of Cornwall Close, and called beyond the memory of man by the students of this University Platoes Well, and Cornish Chough Well. It was on the north edge of the path which ran from the end of Thames (now George) Street to Hythe Bridge.”

The Plato well again is lost. However, the next well survives, this being Walton’s or Bruman’sWell. Hope (1893) again records:

“Still remembered in the name of Walton Well Road, and having on its site a fountain, erected in 1885 by the liberality of Alderman Ward. The inscription is as follows: 1885. Drink and think of Him who is the fountain of life. With the consent of the lords of the manor, this drinking-fountain is erected by Mr. William Ward, to mark the site of a celebrated spring, known as Walton Well, adjacent to the ancient fordway into Colt Meadow, now called Walton Ford.”

This fountain remains although it is now dry but remains. However, whether it has any significance is unclear. The last spring is this part of the survey is the Child Well

“Child’s Well, by the holyness of the chapleynes successively serving there, had vertue to make women that were barren to bring forth children.”

This spring still exists in a form feeding a fen in a nature reserve in the Chiswell Valley. Its name is more likely to be derived from Old English chald meaning cold as found in other childwell types. What is interesting is that the area was called Happy Valley for being the site of picnics the most popular day being Good Friday. Was this a remembrance of taking the waters from this spring on Good Friday as was traditional in other places?