← An abecedary of Sacred springs of the world: Vanuatu’s hot springs
Spring among the tombstones – St James’s chalybeate spring, Liverpool →

In the final instalment of the examination of Carshalton’s healing, ancient and holy waters. In the first we examined the Queen Anne Boleyn’s Well and the second a possible holy well with St. Margaret’s Well. In this final instalment I explore what might be the less likeliest of holy wells but certainly not the less interesting. 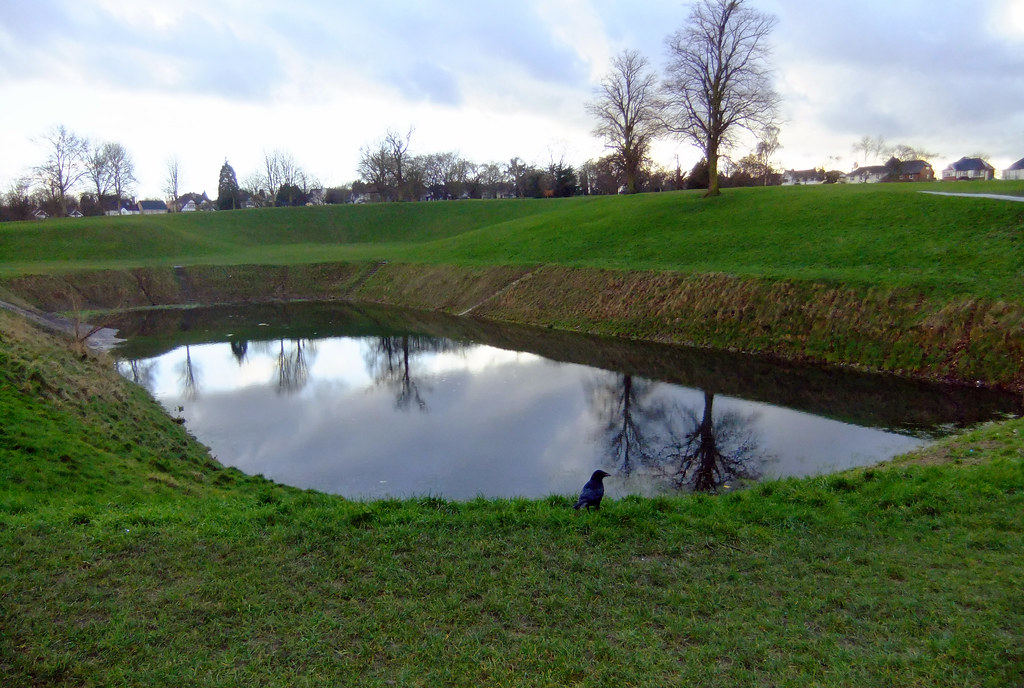 The most intriguing nomenclature wise is not terribly picturesque or noted in its history is a dip in Carshalton Park. Often dry, the name Hogpit Pond is interesting. It was first mentioned in the 15th century as Hoggpytte, and is certainly springfed. James Rattue in his Holy Wells of Surrey notes that such sites are often indicative of holy wells. The hog being derived from Old English halig for holy and the pit similarly being an old word for a well or spring. It does appear to have an entry or exit lined by stones. Sadly no legends or traditions are associated with the site to give any indication. 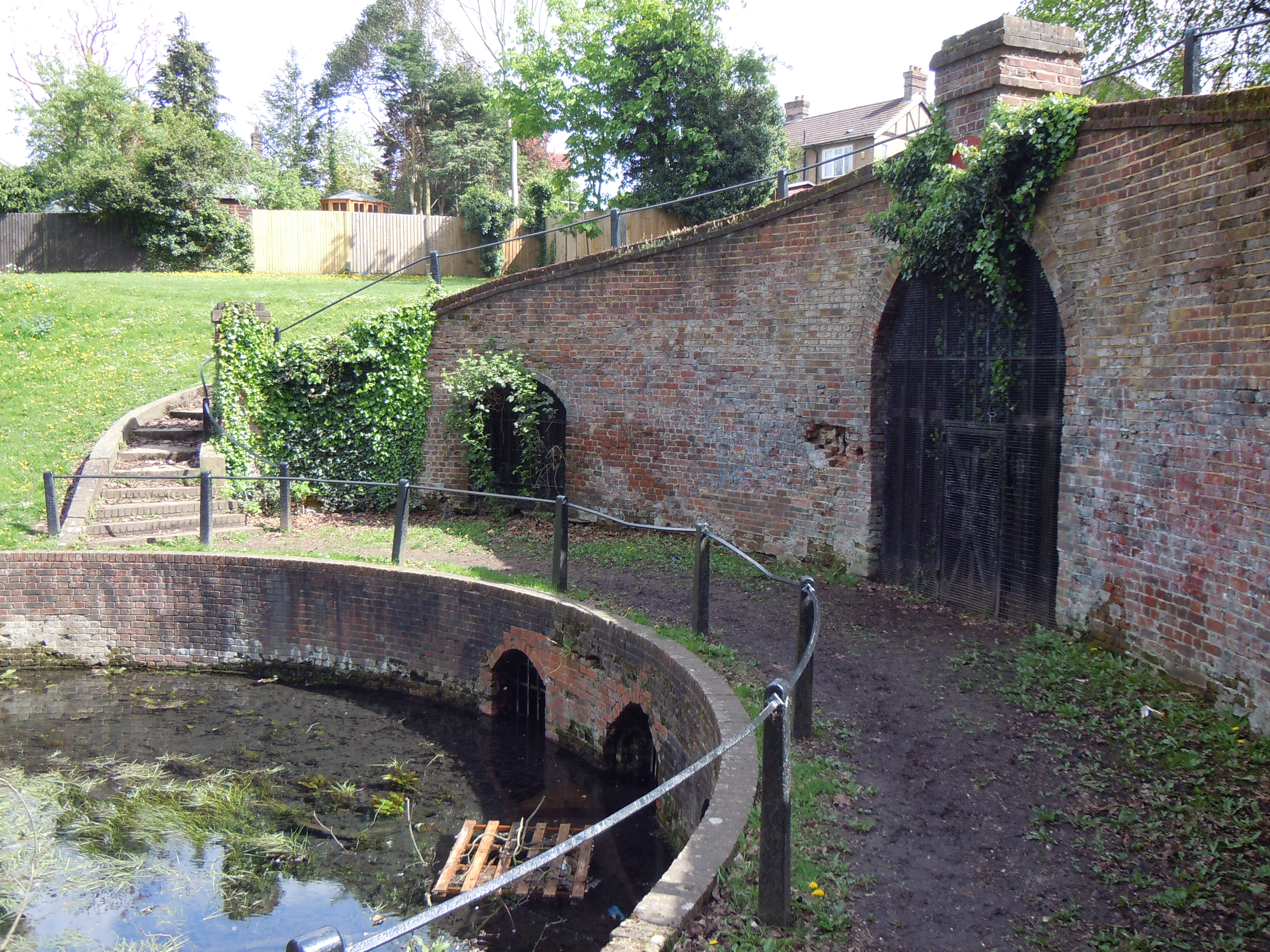 A more significant site is the Scawen Grotto also found in the park. The grotto once had a statue of Neptune with a marble sea shell basin and was decorated with flint, glass, shells and coral. Although the construction only dates from 1724 it utilised the spring which once provided the source for the river Wandle, a river possibly sacred to the Romans. Flow channels brick lined can be seen under the grotto and to the side.

The next two sites, are located in the grounds of Carshalton House. One of these is an ornamented spring head called the Springhead. This is first recorded on the Arundel Castle Map of the mid-Seventeenth century although clearly it is older. The present structure may either originate from Sir John Fellowes estate improvements of 1716 and the work of landscape architect Charles Bridgeman or the 1690s-1700s work of Edward Carleton or even Dr Radcliffe who purchased it after Carleton. It is recorded that both Radcliffe and Fellowes employed hydrologists being Captain Thomas Savery and George Devall respectively.

The springhead is made of a wide outer channel leading under the embankment into three narrower inner tunnels parallel in a westerly direction under the lawn and may have continued further, their function is unclear but they may have been involved with a waterfall which water cascading from the tunnels as seen in Chiswick house not that far away. The outer of these tunnels have a small bay set at right angles to the tunnel’s line. The ends are blocked with a mixture of clunch, stone, flint and brick walling. If Bridgeman was involved it is likely that he created a circular pool as a feature in front of the hermitage along with canals. These canals were removed in the mid 18th century and the current Roccoco style lake area was formed and it is possible that the outer tunnel was added as an extension to the original three tunnels bringing water into the air in front of the house and allowed visitors to walk over the spring head at almost water level to the hermitage. The similarity in the flint work of the sham bridge at the other end of the lake to the springhead supports this view. Over time the water table dropped and now the spring rarely fills the lake and in the summer it is mostly dry. The spring head was restored by the Carshalton Water tower trust in 2015.

The last site was fed by a unique spring fed water tower and is an 18th century bath house lined by deft tiles called a Bagnio. Enclosed with the water house it was erected by Sir John Fellowes by 1721. It was described in 1724 by a John Macky as ‘curious waterworks in Fellowes garden’. Little is known of this plunge pool and no reference is made by Rattue and its first mention is only in 1839. The building pumped water from a spring nearby into a lead tank in the tower which then fed the bath. The original engine was replaced many years ago and only partial remains of mid-19th century water wheel survive in the wheel pit which can be seen. The bath itself is sunk below a marble floor to a depth of 1.37m and is lined with plain tiles, it has a marble floor and is reached by marble steps. under which are hidden lead inflow and outflow pipes It measures an area of 3.28m by 2.58. How it was heated is unclear as no hot water system survives however it may have simply functioned as a cold bath. Now water is found in the bath and has not for some time it would appear. Its secrets and stories are yet to be discovered in a suburb full of fascinating water history.

← An abecedary of Sacred springs of the world: Vanuatu’s hot springs
Spring among the tombstones – St James’s chalybeate spring, Liverpool →