In April I examined a well know rag well but as research for my Holy wells and Healing Springs of Lincolnshire regards the county is a hot bed for rag wells. In this first part I will examine those found in the far north of the county

Perhaps the oldest account of such a rag well is that associated with the Holy Well at Winterton not far from the ragged springs at Healing. Winterton’s Holy Well (SE 944 178) was undoubtedly an ancient one, recorded as the fieldnames as 13th Century Haliuel, c.1200, Haliwelle Daile, early 13th century and gives its name to Holy Well Dale on road to Appleby. The earliest account by a Mr Joseph Fowler, of Winterton, who was born in the year 1791, remembered people who had seen rags on the bushes near. Andrew (1836) notes:

“There are excellent springs about Winterton, one of which, lying in a field eastward of the town, called “the Holy-well Dale”, has the property of petrifying vegetable matter”

Edward Peacock, 1877), A Glossary of Words Used in the Wapentakes of Manley and Corringham, Lincolnshire, English Dialect Society 15 which describes it as accounted useful in the cure of many sorts of sickness. Fowler (1908) notes that:

“an old lady of eighty-one years tells me of how people frequented that spring, hung fragments of linen or cloth or ribbon on the hedge or bushes near, and took its healing water away in bottles.”

Charles Edward Hope (1893) in his Legendary Lore of Holy Wells takes a number of sources, some hitherto unknown. These are:

“WINTERTON : HOLY WELL DALE. There is a spring at Holy Well Dale, near Winterton, in North Lincolnshire, formerly celebrated for its healing properties; and the bushes around used to be hung with rags.

Sadly this is a site which despite still being marked on the current OS has apparently been recently removed in the last 15 years by drainage. The fate of the well emphasizes the need for preservation of such sites. In a report by Pastscape, they note that Mr. Herring, a local farmer indicated this spring on the ground at and said it ran following rain. They noted more modern piped spring nearby probably accounts for the mainly dry state of the old spring. It is interesting that in Hilary Healey (1995a), Lincolnshire holy wells in Lincs. P & P 19 pp. 3–6.  they record the attachment of a rag to a nearby signpost. 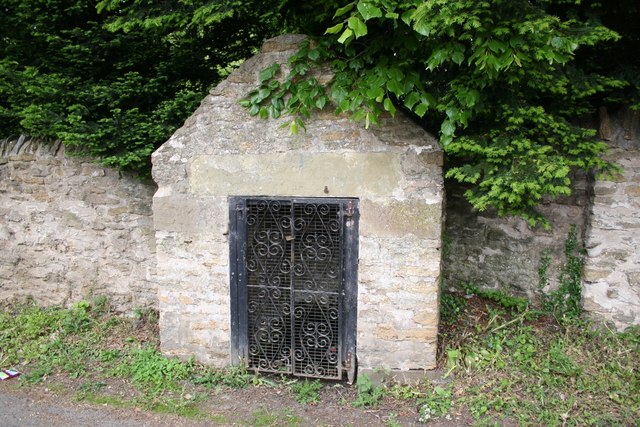 Nearer to Scunthorpe at Bottesford is a site which has been discussed before on this blog by Ian Thompson under his examination of the Templar’s Bath nearby. Near the church is St John’s Well, a grade II listed approximately five foot high stone and brick well house, whose spring arises in the garden above it and flows towards the wall where the well is situated. Its masonry is mainly of Victorian date with possible older stones. A fairly recent gate is set across the entry but one can still peer inside to see the water inside in its sunken trough, although the actual well which is said to be eight feet deep is inaccessible in the garden of St. John’s House as noted. Locally I have heard it called St. John’s Ragwell but no authority can justify it but I would suggest that as its rag well and not clootie well it is probably authentic.

One of the most intriguing rag well is to be found to the north east of the village of Utterby along Holywell Lane. It is simply called the Holy Well (TF 317 937) and here it is said that coins were dropped and it was formerly a rag-well of great repute for its medicinal qualities. Peacock (1895) notes quoting White’s directory that:

“The surrounding bushes used to be tufted over with tatters left by people who visited it to benefit by its waters. Three or four years ago, if not later, remnants of clothing might still be seen on the shrubs. Persons yet living have taken their children to this well, and, after sprinkling them with water, have dropped a penny into it for good luck.”

This would appear to be the same site which Cordeaux, J., (1876), Anatolian folk-lore, Notes & Queries describes as a rag well near Great Cotes, Ulceby.

The springs appear on the first 6” O/S map as Holy Well (chalybeate) and remained until 1951 edition, when it disappeared.  Thorogold and Yates in the Shell Guide of Lincolnshire (1965) describe it as a holy well full of sticks in a spinney. A correspondent to Collins (2011) called Steve, notes of the site:

“Finding it amongst the dense thorn bushes is another thing, dowsing helped me locate it back in the early 1990’s. I cleared out a 6 foot deep hollow many leaves and cans etc. and it was very dry. I returned about 6 months later to find it full of bubbling red rich water….”

When researching the site for Holy wells and healing springs of Lincolnshire I could not find any evidence of a site. Indeed the site according to the Utterby Heritage group is now is dry and rather overgrown, hidden and no longer traceable. A return visit in early December always a good time to search for holy wells enabled me to get into the thicket and despite some promising hollows I could not claim to have found the exact site. However, clearly someone in the Utterby group know the exact location as they stated there would be a plan to restore the site at some time in the future.