← Some holy wells in and around Dublin
A well for February- St Blaise’s Well, Bromley Kent →

During my research into Holy wells and healing springs of Lincolnshire book (available now), I made contact with the Brigg Local history society, who in turn put me in contact with the owner of perhaps one of the counties more unusual sacred springs. 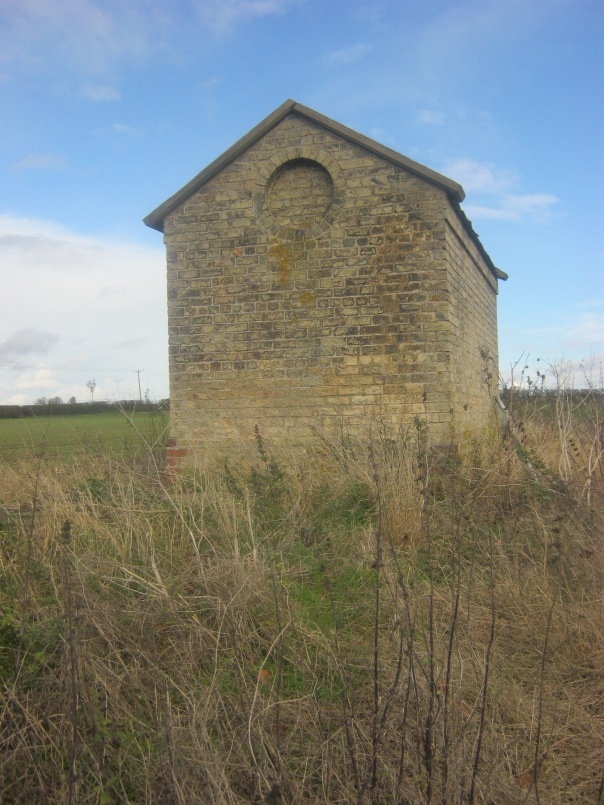 St Helen’s well (TA 013 077), it can be suggested is the most significant of the county’s springs with evidence of its usage going back to Bronze age periods. However, the first recorded account of it is in 1697 being noted in the diary of Abraham de la Pryme (published in 1870). He notes:
“having passed through Brigg on our way towards Melton, we went by a great spring, famous in days of old, called St Helen’s Well.”
It is unknown what the spring consisted of when Pryme visited, or why it was famous is unclear. It probably filled a large pool, rather than be associated with any structure, or possibly as the topography suggests a great fountain head, as suggested by it being considered a great spring. The next note of the site is probably that of Helingwell noted 1724 may derive its name from a vulgarisation of Helen or else O.E halig meaning holy. Interestingly, White (1856) refers to the site as St Anyan’s spring, and Peacock (1895) later spoke to:

“an old man brought up in its vicinity …. says that its true name is St Anyon’s Well”.

Although, he suggests that both authors have confused this site with St Trunnian’s Well at Barton-upon-Humber or St Aniel’s Well at Burton upon Stather. However, being a substantial spring, it would be identified in the 1850s as being a suitable source for a public water supply for the growing town of Brigg. Therefore in 1852, a Robert Cary and Cary Charles Elwes built a pumping house. This is what remains of St Helen’s well today: a plain rectangular building without windows built of yellow gault brick with a Welsh slate roof and York stone gable copings. The structure sits upon a large earthen mound.

However this is not all what it seems for with the door opened to the pumping house a deep chamber is revealed. Upon descending by means of a ladder, this deep chamber opens up to something far more impressive a large rectangular chamber with an oval roof burrowed deep within the hillside. The floor is inches deep in water and with the light of a torch only I followed this flow to its source: the springhead.
The spring arises via a pipe, set about four feet in the back wall, through which a considerable flow of clear water emerges. A large circular shallow basin, looking like a quern obviously from the nearby mill but possibly a precursor to the present structure, is found beneath the outflow. It may have been set up to be filled by the spring water but even with the present considerable volume and force it currently does not fill it. It may be setup to be filled by an outflow higher above the source. The present spring water now hits a slate stone tablet beneath it and forms a stream in the middle of the tiled floor, slanted to allow this. The spring filled the whole chamber at one point I was informed when the chamber was not opened up to allow it to now flow to a stream below. 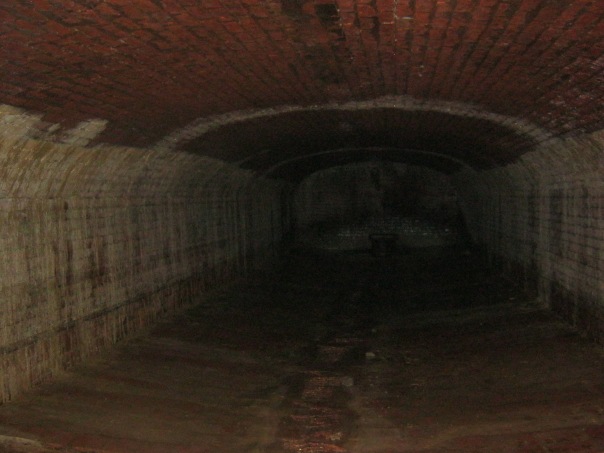 Why is it called St. Helen’s well?

Mr Day, the present owner gave an unlikely story that it was named by Emperor Constantine on his journey up to York. What is clear that the site lies within the area Jones (1986) describes as his core zone (containing 25% of Helen site) although it is missing from his gazetteer. Archaeological remains and finds suggest it was an important site. Mr Day informed me of the presence of a Roman settlement in the field adjoining the spring and showed me a number of coins of Constantine so perhaps this is an early site to be Christianised. Recently was found a more significant Bronze Age find, which is currently treasure trove, and so I cannot comment. However it was an object of some value to its owner and had been bent. He was told by a local expert that it had been damaged to prevent it being reused, but it is more obvious that it was so treated as a offering. If so it is a significant find and emphasises Thompson’s belief that the spring was cultic.
This site has clearly much yet to reveal and perhaps will become one of the most important of such sites in the county.

← Some holy wells in and around Dublin
A well for February- St Blaise’s Well, Bromley Kent →